Project under the microscope 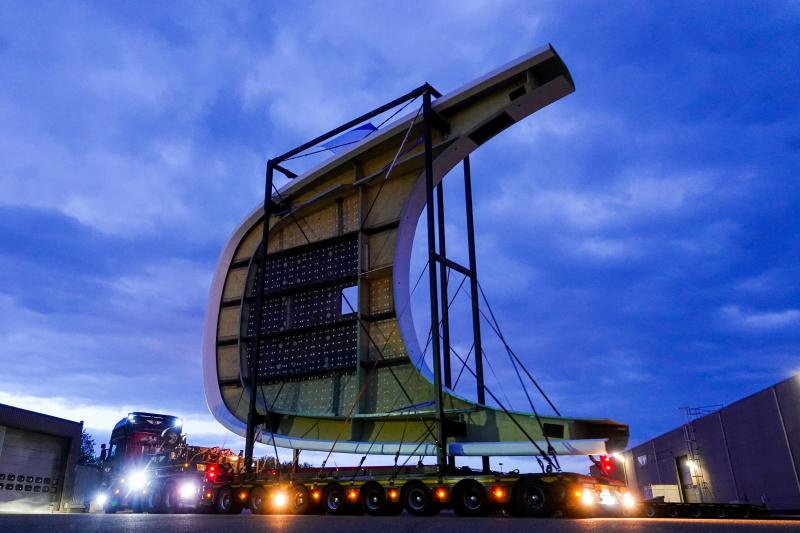 After having delivered the first part of the superstructure, and the rest in an advanced stage in its moulds we can safely say we’re far past halfway with the project.

After a FAT involving the customer yard and Lloyds the forward part of the Bridge Deck was succesfully transported over land from Emmeloord to Urk. Then lifted on a pontoon, sailed to the yard and hoisted on its final destination, the yacht. While the yacht was still afloat it was lifted, lowered carefully, and set down to a perfect fit. Both the mating surface of composite flange as well as the bolting holes align exactly with the aluminium superstructure.

At the time of writing the upper deck is nearing completion, having only a few beams and a couple of inserts left to install, after which the canopy will be put on top of it. This entire structure will be transported and installed on the yacht, similar tot he bridge deck.

Also we are running tests and making preparations for the production of the mast, which will be made with a VABO proprietary 3D printed mould system.